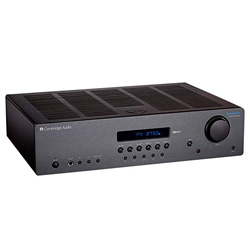 Most customers are looking to find an AV receiver with decent equipment, and an improved decoder with strong amplifiers and Cambridge Audio Topaz SR10 might be favorite in this question. We estimated the model 4 out of 10, after carefully reviewing. The overall rating is too low, we would not recommend choosing this receiver. This model went on sale in 2010. A 2.0 channel amplifier is one of the main features of the model.