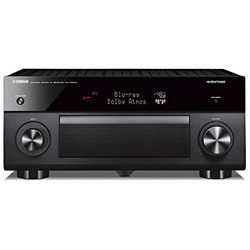 RMS stands for the actual power of the receiver. The higher this value, the louder the sound can be produced. In terms of RMS power, the models have the same characteristics - 150/8, 230/4/8 W/Ohm.

DLNA is the perfect way to use your local cloud storage to stream movies and music directly to a TV. You can use the DLNA protocol only with Yamaha RX-A3060BL.

Voice control allows you to control the basic functions of the receiver through a smartphone, smart speaker or using the microphone that comes with the kit. The AVENTAGE RX-A3080 can be controlled by voice via Amazon Alexa, Google Assistant.