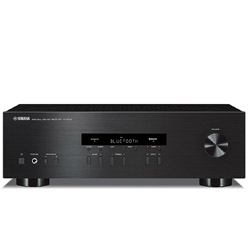 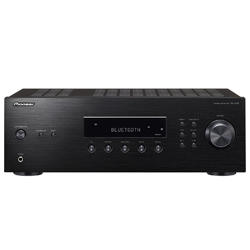 For the built-in amplifier, the devices received different marks - 8 and 6, respectively, on a 10-point scale.

RMS stands for the actual power of the receiver. The higher this value, the louder the sound can be produced. The differences between the models in terms of RMS power are significant - for the R-S202BL this value is 140/8 W/Ohm, and for the SX-10AE it is 45/8 W/Ohm.

The score for audio features is 5 of 10 for both receivers.

The connectivity of competitors in our comparison is equal and was rated 4 out of 10.

Wired internet connection via RJ45 allows receiver faster connection than wireless or even use NAS storages. Neither the R-S202BL, nor the SX-10AE has the RJ45 port.

The presence of many connectors makes the receiver more versatile. But there are also narrowly targeted models, the number of connectors which are limited to a certain area of use. And when choosing their own receiver, users need to consider exactly your goals for using the receiver. For extensive connection, both receivers got 2 points on our 10-point scale.

In terms of evaluating additional features, the R-S202BL got 5 points, but the SX-10AE has 4.