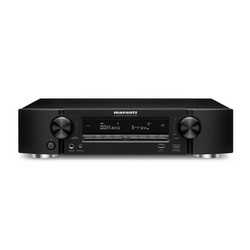 For the built-in amplifier, the devices received different marks - 10 and 7, respectively, on a 10-point scale.

The number of channels is equal to the number of possible connected speakers. The Marantz SR8012 supports 11.2-channels sound, but Marantz NR1607 supports a 7.2-channels configuration.

RMS stands for the actual power of the receiver. The higher this value, the louder the sound can be produced. The differences between the models in terms of RMS power are significant - for the SR8012 this value is 140/8 W/Ohm, and for the NR1607 it is 50/8 W/Ohm.

The connectivity of competitors in our comparison is markedly different, Marantz SR8012 scored 8, and Marantz NR1607 scored 9 out of 10.

DLNA is the perfect way to use your local cloud storage to stream movies and music directly to a TV. You can use the DLNA protocol only with Marantz NR1607.

The presence of many connectors makes the receiver more versatile. But there are also narrowly targeted models, the number of connectors which are limited to a certain area of use. And when choosing their own receiver, users need to consider exactly your goals for using the receiver. For extensive connection, Marantz SR8012 got 10 points, but Marantz NR1607 received 7 points.

Connecting a vinyl player or phonograph is possible using a Phono input which is represented by mini-jack or RCA connectors. Only the SR8012 has a Phono interface.

Voice control allows you to control the basic functions of the receiver through a smartphone, smart speaker or using the microphone that comes with the kit. The SR8012 can be controlled by voice via Amazon Alexa, Google Assistant, Siri, Josh.AI.

Marantz SR8012 got 10 points for the multichannel surround sound and Marantz NR1607 got 7.